Here at Empower Projects, we are CONSTANTLY talking about “permaculture” and whether our approaches to agriculture, community financing, technology or training are being informed by it. But what is it exactly? Why is it so important to us?  Our Founder Shanil Samarakoon is here to explain!

The term “Permaculture” was first coined by Australian scientists  Bill Mollison and David Holmgren in reference to “Permanent Agriculture” which later evolved to mean “Permanent Culture”. It is, in its essence, a collection of design principles informed by nature (ecosystems) and human behaviour. These principles are, as the name suggests, intended to lead towards the creation of a “Permanent Culture”.

While the applications of these principles are often associated with agriculture, permaculture can be applied across a range of fields and disciplines e.g. architecture, engineering, health and even finance.  In simple terms, permaculture centers on designing any social, economic or environmental system so that it can perform in an ethical and sustainable manner. This could be at the scale of a single household or the complexity of villages and entire cities.

The beauty of permaculture is that its core principles and ethics (earth care, people care and fair share) are so accessible. It is not a design science that is mired in jargon or certification. It is inherently about observing nature and people and then designing systems (projects or initiatives) that are best suited to that context. This often involves prototyping, testing and reconfiguring – a lot of experiential learning. Though there’s also a wealth of open source information that allows you to tap into the design approaches used by others. Whether it’s growing more food to address hunger and nutrition, collecting water, generating energy or managing waste – there’s a permaculture way. These practices are not commoditised, the whole philosophy of permaculture is around sharing practices that work with others.

Permaculture to Feed the World

As the world’s population grows past 7 billion (7.4 billion in 2016) and economic inequality continues to rise, food security remains a critical issue. In fact many argue that it has only got worse. According to the World Food Program 1 in 9 people on the planet do not have proper access to food, the number that is undernourished is even larger.  Yet as Olivier De Shutter of the UN once said, “We live in a world in which we produce more food than ever before and in which the hungry have never been so many.” A statement that underscores that the issue is not so much that of quantity as it is the means of production and distribution that are failing large populations across the world.

Permaculture is being practiced the world over to enable smallholder farmers, who feed the majority of the world, to grow food in a more sustainable and ethical manner.  In fact in 2011, the United Nations published a report on Agroecology that concluded that it was the most sustainable way to feed the planet as it was less resource intensive, supported local ecosystems and was more likely to offer broader economic benefits to small-holder farmers. In fact UN Special Rapporteur on the Rights to Food, Nafeez Ahmed said the following at an event:

“Modern agriculture, which began in the 1950s, is more resource intensive, very fossil fuel dependent, using fertilisers, and based on massive production. This policy has to change.  We are already facing a range of challenges. Resource scarcity, increased population, decreasing land availability and accessibility, emerging water scarcity, and soil degradation require us to re-think how best to use our resources for future generations. Agroecology is a traditional way of using farming methods that are less resource oriented, and which work in harmony with society. New research in agroecology allows us to explore more effectively how we can use traditional knowledge to protect people and their environment at the same time.”

In the video below Pablo Tittonell gives a compelling account of how permaculture practices can feed the world. These practices involve holistic management of land and water while growing a diverse range of interdependent crops. A marked departure from resource-intensive mono-crops in industrial agriculture.

Yet as Co-Founder David Holmgren mentioned in an earlier video, there is great resistance to the adoption of permaculture practices as many of them work against the vested interests of many powerful industries. Let’s focus on agriculture. The documentary Food Inc does a great job of examining the power of Food and Agriculture businesses and the impact they have had on our food systems the world over. In fact, the mass adoption of industrial agriculture has lead to concerns over a broader suite of fundamental challenges beyond just food security. There are concerns about food sovereignty. This relates not just to access to food but the right of farmers to determine what they grow and how they grow it. This is amidst unprecedented legal action against farmers who do not choose to grow genetically modified crops.

The Fairworld Project explains why subsistence farmers are so vulnerable to exploitation by firms like Monsanto  that have vested financial interests in selling seeds, fertilisers, herbicides and insecticides. These are the very same challenges that smallholder farmers in our partner communities in Malawi face. Models that lock farmers into debt spirals while damaging the health of ecosystems (killing beneficial soil bacteria, surface run off and water pollution).

“Companies like Monsanto are turning farmers’ self-reliance regarding seeds into a dependency on purchasing seeds. Here is how it happens: Monsanto tells a farmer that his seeds are primitive and he should give them up, calling this transaction “seed replacement,” so that it sounds more scientific. Monsanto will even pay the farmer to give up his seeds. The farmer thinks he can give up his seeds because his neighbor will surely have them. The farmer does not realize that Monsanto has done the same thing to everyone in 100 villages across the region, so as a result there are now no seeds available, and farmers are forced to buy them from Monsanto,” says Dr. Vandana Shiva.

Dr. Vandana Shiva is one of our heroines and in this interview she eloquently explains why food sovereignty is such a critical issue in our efforts to feed the world in a just manner.  The good news is that agroecology efforts are taking root (pun intended!) the world over, here are examples from Kenya and Tanzania.

Permaculture in our Projects

As we are committed to working in solidarity with communities to support their development aspirations, we are committed to suggesting approaches to development that will serve their needs in the long run. We see an obsession with short-term outcomes as being self-defeating. It does not authentically serve the needs of the community and it is often disempowering as it extends a cycle of dependency on external agents. So when we are working with communities, our aim is to explore development solutions that work with local ecosystems AND empower local communities to be self-reliant. This is why permaculture is a perfect fit.

Here are some examples from Malawi:

Kapita Primary School – A parent, staff and student committee developed an action plan to establish a sustainable meal program for this school of 400+ students. Over 3 years this school has created a 4-acre garden that now provides organic fruits and vegetables to the school’s children on a regular basis. This is complemented by composting toilets that address chronic issues around sanitation (particularly for girls) and a water harvesting system (complete in April 2016). Our role in this process has been to provide training in permaculture principles and the ongoing support of community developed action plans. It’s amazing what’s possible if people are invited to participate and lead. Particularly as permaculture involves tapping into traditional agricultural practices that predate colonial practices. Furthermore, students at this school get to learn about the science of agriculture within their schoolyard while receiving food. In this video, the school’s headmaster attributes increases in both enrolment and attendance to the permaculture garden. 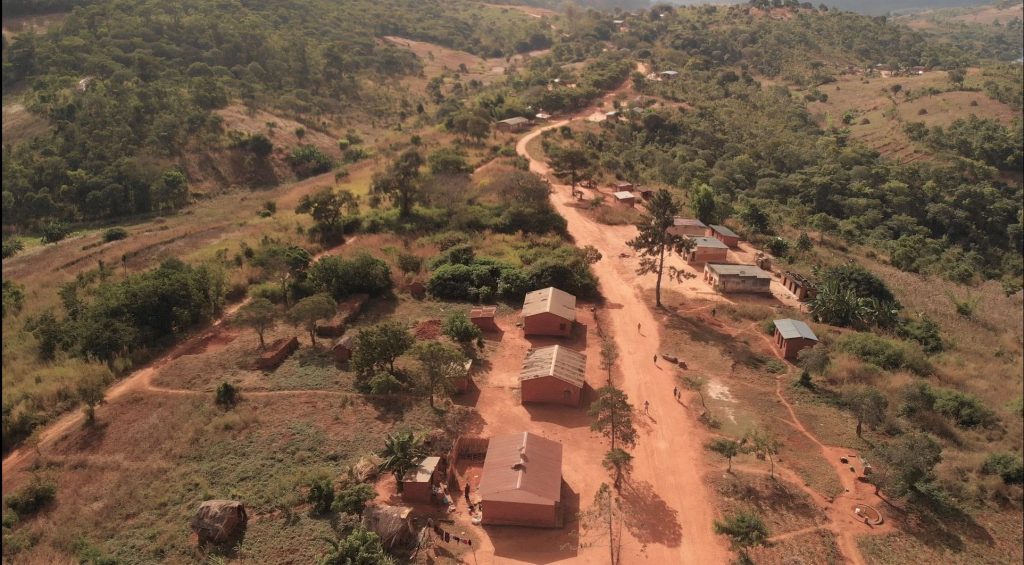 Our permaculture consultant Tina Sosten has been working with senior smallholder farmers in the Kapita region of Malawi. This region comprises 38 villages and over 5,000 residents. On the back of success with agroecological practices at Kapita Primary School, Tina has worked alongside senior farmers to promote wider adoption on larger-scale farms. Most farmers in the region grow corn (maize) or tobacco (traditionally a cash crop) but this has started to diversify to include coffee, beans, soya and kale.

Thus far over 30 farmers have been trained in techniques such as companion planting, composting, mulching and land management (e.g. preventing erosion and trapping water). Farmers are already enjoying the benefits of improving yields, greater crop diversity (and pest control) and cost savings (no fertilisers, GMO seeds or pesticides). Interestingly, households are also starting to grow crops closer to their homes (Zone 0 or 1 in permaculture) which means that livestock manure, waste food and water can be cycled back into their gardens with greater ease. 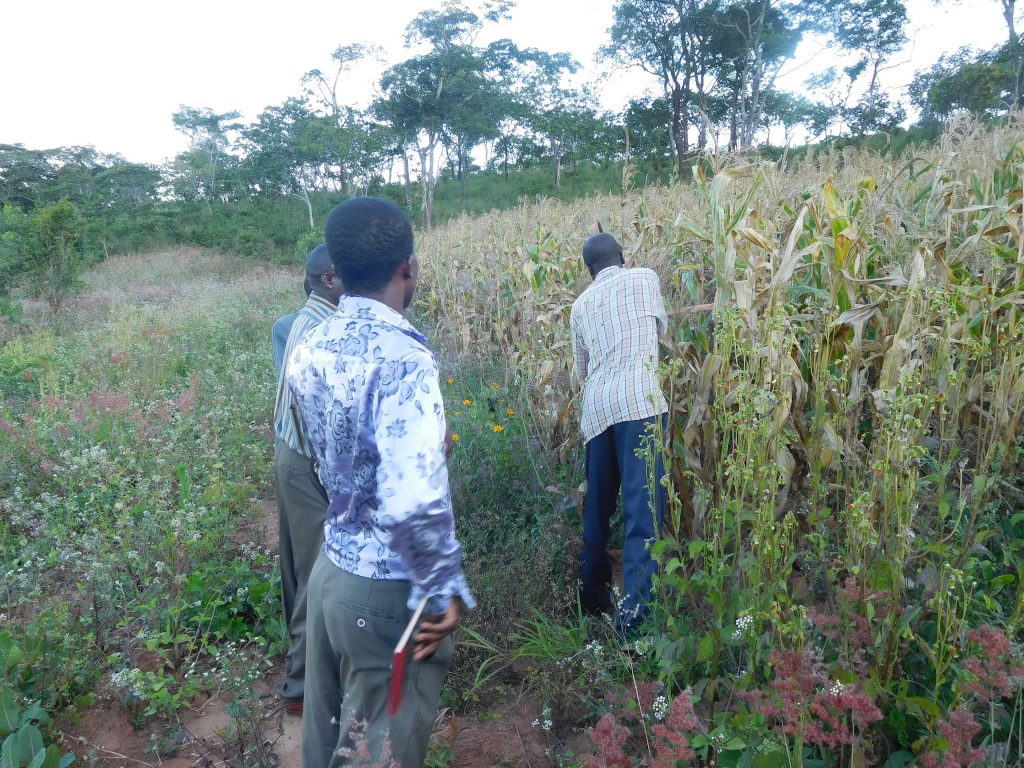 As we mentioned at the beginning, permaculture isn’t just about agriculture. It’s a project design system and another critical challenge that rural communities face is that of energy security. Many reliant on increasingly expensive and flammable kerosene lamps for lighting. This has changed in  dramatic fashion in Kapita. Through interconnected project design with the local community bank project, energy loans were offered to allow households to purchase affordable solar lighting systems. 200 households have benefitted from this effort and it has triggered a solar revolution in this remote region, with other households saving to purchase units. No more darkness after 6 pm, reduced fossil fuel consumption and cost savings within 12 months of purchasing these units. Our research indicates that save up to AUD 10 per month as a result of the switch. Our role here was to connect the dots in terms of the supply of solar systems and to co-design projects in a way that community members draw upon existing projects(the community bank in this instance) and build local capacity (training in solar repair and maintenance).

So there you have it! An overview of what “Permaculture” is, its applications and challenges at a global level and some examples from our very own projects! If you have questions and comments, please feel free to drop us a line!

The second year of the pandemic was no less challenging...