Gava and Gary in Batticaloa

Gava and Gary in Batticaloa

This is a guest post by Gava Bolonghe on his experience of Batticaloa, Sri Lanka while accompanying his partner Gary Paramanathan to film a short documentary on the community we serve there…

Arriving in Baticaloa, we didn’t know what to expect. Still a largely unexplored area by tourists given it’s the lack of activities, none of our friends were able to give us a heads up either. Once we got there it was beyond anything we could have imagined. Geographically, Baticaola is a god’s gift. The locals are definitely lucky to be living there. The unfathomably gigantic lagoon, the range of mountains you see in the horizon to the beautiful beaches, a traveler would enjoy every bit of their time there.

Within and around the area lie stories that are not so beautiful! Given that Batticaloa was one of the worst hit areas during the war, the infrastructure is beyond admirable. But once you drive away from the city center only you really get a peak into people’s lives; which coming from so called developed city of Colombo was shocking to me. Villages are spread out among vast amount of land area. I can’t imagine accessing some of the basic human day to day life facilities like schools and hospitals. It was evident that some kids had to walk for kilometers to get to their schools. And when you mean schools, it’s just a structure with a few rooms. Life must be hard; but that’s my opinion…

School children from Puthumunmarchicholai – A pre-school is a key project Empower is supporting.

I didn’t meet a single person without a wide smile across their face. Of course talking about their issues set a cloud around them, but they still didn’t seem to be affected by much. After all these people are survivors. They have been through a civil war, regular flooding and other human disasters , far more hardship than your average citizen. This has been their blessing and curse. While these disasters forced they restart their lives over and over again, they have become dependent on all the external help they have constantly received which has encouraged such a dependent nature that they almost expect everything to be done for them rather than being a part of the progression of their own village.

Also I must add, so much of their “pain” is mostly our conception of it. I was thinking the whole time I was there, if we were to bring them to the city to provide them with a “better life” they’d pity us the same. Their lives are simple. Only a very few people have TVs, almost no-one has private computers, electricity was still not a commodity in the village we visited. But I don’t think most of it mattered to these people. They were extremely involved with each other; it’s a common sight to see people sitting around talking to each other, which seem to be their favourite past time.

One thing I must say is, they are extremely nice people. Kind and generous. They don’t have much at all, but they are willing to share everything they have. When we arrived unannounced to have a glimpse into their lives, speak with them, understand their day-to-day lives and troubles they might be facing, they provided us with the hospitality of the grandest kind. It something to experience. From the most delicious king coconut water to home grown and made lunches, one thing no disaster has been capable of washing away is their human decency. With that in mind, I left Batti feeling like they should not be pitied but rather understood and assisted in following their dreams and hopes for the future.

Gary and Project Coordinator Zaluja interview a resident of Puthumunmarchcholai

Credits: A big thank you to Sewa Lanka’s team for organising this visit and to Gary Paramanathan for taking part in this project.

The second year of the pandemic was no less challenging... 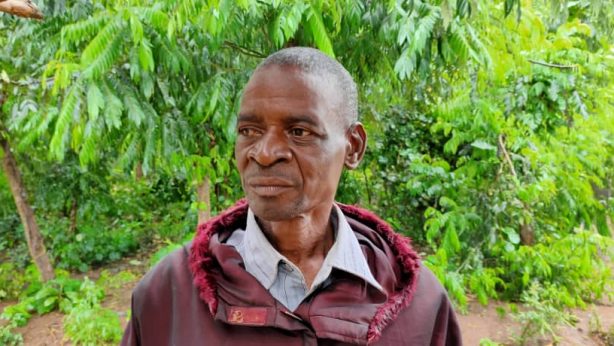