Documentaries that have moved and inspired us!

Documentaries that have moved and inspired us!

We thought we’d take a break from our usual programming and get our team to share some of their sources of inspiration. We’d like to share some documentaries that have had a powerful impact on how we see the world.  Let us know what you make of this list. Are there any that you would add? Let us know as we’d love to have a database of incredibly inspiring films.

Here’s what our Permaculture Coordinator Michael Brunac has to say about this confronting film.

Earthlings was eye opening in that it really drove home how much we take and take and take with giving nothing back to the earth. And how we’ve twisted whole ecosystems to suit our need to live apart from, not with, the earth. It was also extremely confronting and makes humans look like the coldest monsters ever created.

One of our volunteers, Salonee Barmecha’s choice because…

It gives life to the experiences of women from 12 distinctly different ethnicities. I think it gives a rather well-rounded view of what it is to be a woman in the 20th century, but also appears to focus on the message that one can be the source of one’s own empowerment.

Our resident artist and Event Planner Sharini Samarakoon was deeply moved by this film.

I think for me it helped brings things into perspective. It showed the power of art and how it impacted these little kids.But it also showed the brutal reality of things on the ground and how things can go terribly wrong and you can be left powerless. Made me reflect deeply on my purpose and how I can enable.

4. Who Killed the Electric Car?

Our Volunteer Sophie Tomarchio said this:

This film is really powerful in that it shows you the extent to which a great, beneficial idea/innovation can be quashed by large organisations that deem it inconvenient. To me its an eye opener and is a testament to how challenging progress can be.

Here in Australia. John Pilger’s  latest film is my choice for this list. I watched this film recently and it moved me to tears. In Australia, often perceived as being prosperous and progressive, the genocide  and sub-human treatment of its First People is a continuing tragedy.  Having taught and worked alongside a number of Indigenous Australians, I feel a mixture of anger and deep frustration when confronted with the ignorance and prejudice that still lingers. A film about the brave struggle against injustice that the world’s oldest culture continues to fight.

Another team recommendation. An incredible film set in Brazil that documents the lives of garbage pickers in the world’s largest garbage drop (at the time) and how an art project transforms their lives and that of communities. A truly inspiring watch.

An amazing series by the BBC with the legendary David Attenborough at the helm. We’d recommend Baraka and Samsara if this is your style of documentary. Amazing in Blu-ray.  Here’s what our Event Coordinator Imogen Hobday-Baxter  had to say!

He has always had a way of bringing home the how enormous, delicate and interconnected our planet is. Whenever I watch a documentary by him I feel as though my eyes are brighter and thoughts clearer for days afterwards.

Our final choice….trust us…this could go on forever!  This film features one of our heroines Vandana Shiva, an incredibly inspiring activist for food sovereignty. As the title implies, the film deals with the centrality of seeds in our food system. The film punctuates the threat of GMOs in the hands of corporations like Monsanto and how traditional approaches to seed saving and agriculture are far more sustainable. As permies we wholeheartedly agree!

That’s a wrap for now everyone. Let us know what you think. We’d love to hear about the documentaries that have inspired you!

Become a champion of grassroots empowerment in Malawi and Sri Lanka

Our "champions" are regular contributors to our mission and we're deeply grateful for their support. Being a consciously small non-profit.

If you want to support our mission to enable community self-reliance in Malawi and Sri Lanka, we'd love your vote. 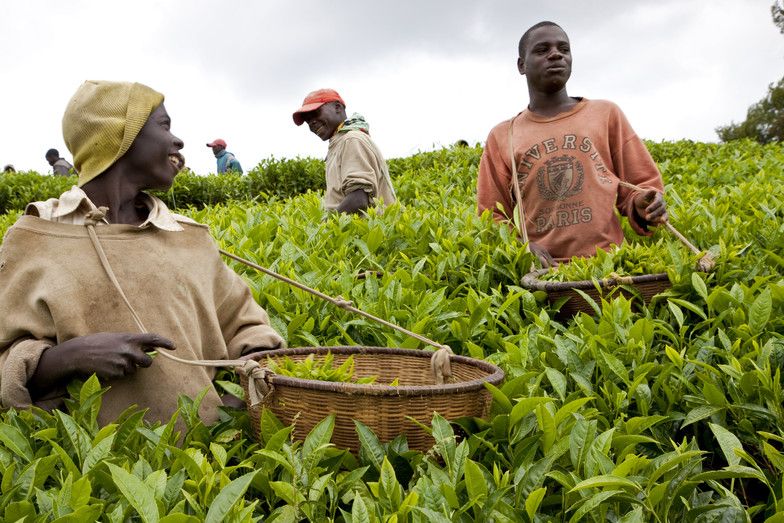 Why we love cooperatives!

We at Empower Projects are passionate about cooperatives. Primarily as they are a force for tremendous social, economic and environmental.
Copyright ©2020 Empower Projects.
All Rights Reserved ·
Terms & Conditions · Privacy Policy
Built by SPi
SearchPostsLogin
Permaculture in Schools – Our Approach to Improving Student Wellbeing in Malawi
Vote for Empower Projects
Why we love cooperatives!
What is permaculture?
Empower Malawi: The Next Five Years
Cooperatives for Development, Permaculture for Resilience
Kapita Primary School – A Five Year Journey
Development as Freedom
Become a champion of grassroots empowerment in Malawi and Sri Lanka
Two Schools in Malawi Launch Community-Run Breakfast Programs
Glory Makileyi of Mitula Primary School
An Educational Visit to a School in Kasungu